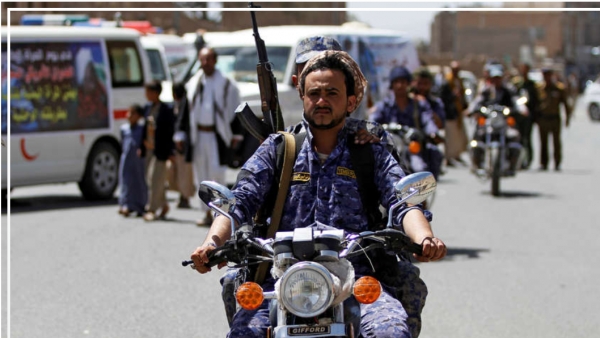 The four-year-old war in Yemen is an expensive albatross for Saudi Arabia. The kingdom is bogged down in a quagmire that is damaging the country’s reputation. The Houthi rebels show little sign of wanting an end to the conflict no matter how much misery it brings to the Yemeni people. The war is alienating the US Congress and media from the Saudi leadership, with potentially dangerous consequences for the long-term future of US-Saudi relations.

Saudi Arabia intervened in the conflict between the elected administration of President Abed Rabbo Mansour Hadi and the Houthis four years ago this month. The battle lines have changed little in the last three years, after the Saudi-led coalition gained control of most of South Yemen. Despite a huge advantage in the air and billions spent on its military, the Saudis and their allies have been unable to dislodge the rebels from their strongholds in the north or advance to Sanaa. The Royal Saudi Air Force is accused of frequent bombings of civilian targets and war crimes.

In parts of the south, the Saudis have taken fairly strong control, like in al-Mahra province along the Omani border, where they are rumored to be considering building an oil pipeline to the Indian Ocean. They have brought in Wahhabi clerics. In other areas, like Aden, the Saudis have taken a back seat to Abu Dhabi, which has built a network of local militias more loyal to the emirate than to Hadi.

Hadi is in poor health and spends most of his time in Riyadh. He was never very popular in the country and is widely seen as ineffectual. The Hadi government exercises little influence on the ground in the areas under the coalition’s control.

Last December, the United Nations negotiated an agreement in Stockholm to try to begin a process to de-escalate the war, beginning with a cease-fire in the northern port of Hodeidah. The port is the main entrance for 70% of the food and medicine for the country. According to the UN, 80% of Yemen’s 24 million people need humanitarian assistance and 10 million are close to starvation. Under the Stockholm agreement, a cease-fire in Hodeidah was to lead to the Houthis' withdrawal from the port. It was vague about who would take charge. The UN is still pressing for a withdrawal, starting with two smaller ports nearby.

The Houthis have not budged. Their leadership says the rebels will not turn the ports over to the coalition’s control. Instead, the Houthis have reiterated their threats to attack Riyadh and Abu Dhabi with missiles. The Iranians have provided the technology for the Houthis' missilery. In addition to the long-range missiles, the Houthis fire short-range rockets, mortars and drones across the Saudi border. Riyadh said this week over 70,000 “projectiles” have struck the kingdom in the last four years.

The Houthis have successfully portrayed themselves as the defenders of Yemeni national rights against foreign intervention led by Yemen’s traditional enemy, Saudi Arabia, which has gobbled up pieces of Yemeni territory since the 1930s. The Saudis have proven as inept in the propaganda war as they are on the battlefield.

But the Saudis have American support, at least from the Donald Trump administration. The White House has stuck behind the Saudis' war and especially its commander, Crown Prince Mohammed bin Salman. Despite reports that he has been using a hit squad to liquidate his enemies for years, including Jamal Khashoggi, the Trump administration is firmly behind the crown prince. The administration provides crucial diplomatic support and, most importantly, the critical supply of spare parts, munitions and technology to the Saudi air force.

The American media and much of Congress has soured on the kingdom and its crown prince. Among the Saudis' harshest critics are the two Muslim freshmen congresswomen, Rashida Tlaib and Ilhan Omar, who have in turn been sharply attacked by the Saudi media. Omar has called the Saudi war a “crime against humanity” and said the United States should stop colluding in war crimes. Congress is going to pass legislation cutting down American support for the Saudi war but lacks the numbers to override a Trump veto. Nonetheless, the symbolism of the Hill opposing the war is enormous and should be a wake-up call in Riyadh.

As Al-Monitor has reported, more Democrats are also coming out in favor of rejoining the Joint Comprehensive Plan of Action with Iran if they win in 2020. That would be a stunning rebuke for the Saudis. The crown prince has made opposition to Iran’s policies in the region the touchstone of Saudi foreign policy in close coordination with the Trump administration.

The Saudis have traditionally sought to ensure bipartisan support for their relationship with Washington and to encourage a friendly media. Even in the days after 9/11, the Saudis worked to keep ties with both Democrats and Republicans.

The prudent course is for the Saudis to press unilaterally to end the war in Yemen and ease the humanitarian crisis quickly. The crown prince can’t ever remove the stain of Khashoggi’s murder but he can take steps to de-escalate the war dramatically. A complete halt to airstrikes or, even better, a total unilateral cease-fire without conditions would help isolate the Houthis, ease the pressure on the Hill and perhaps start to change the kingdom’s image. But it probably won’t be getting the help of the administration.

*Bruce Riedel is a columnist for Al-Monitor's Gulf Pulse. He is the director of the Intelligence Project at the Brookings Institution. His latest book is "Kings and Presidents: Saudi Arabia and the United States Since FDR." 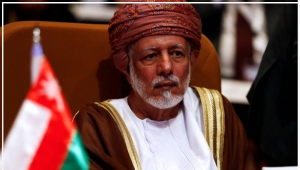 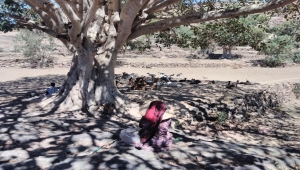 Sunday, 17 February, 2019
'I only knew about weddings': Destitute Yemenis sell their daughters to pay their debts 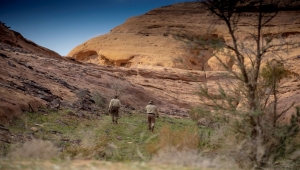