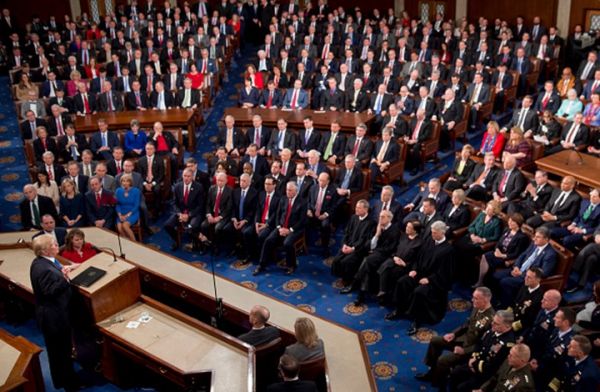 Open a newspaper or turn on the television and — amid nonstop speculation about the contents of the Mueller report — you also may see shocking pictures of the war in Yemen. Four years ago, a coalition led by Saudi Arabia and the United Arab Emirates (UAE) began military air operations against the Houthi armed group that was controlling most of Yemen.

The war has contributed to the world’s largest humanitarian crisis, with a spike in cholera cases in recent weeks and about 80 percent of the population, or 24 million people, requiring humanitarian assistance. The parties to the conflict have violated the laws of war, including by committing numerous war crimes, and there are disturbing allegations of torture in detention by both sides.

What you won’t see when you read or watch the news, however, is anyone being held to account for these crimes.

In recent months, and particularly since the killing of Washington Post columnist Jamal Khashoggi, U.S. lawmakers’ tolerance for abuse by their Saudi and UAE allies has dwindled. Although the Trump administration remains steadfast in its support of Saudi Arabia in particular, members of Congress have questioned U.S. support for the conflict. Both the House and Senate have voted on a bipartisan basis to withdraw all U.S. involvement in the conflict on the basis that Congress didn’t authorize it.

Although there are U.S. weapon sales in the pipeline to both Saudi Arabia and the UAE, the administration has not provided formal notice of those sales to Congress, perhaps because it knows that this Congress likely would place a hold on such sales. But Congress has done little to demand accountability for war crimes in Yemen. Halting U.S. military sales to Saudi Arabia and the UAE would send an important message of disapproval and limit future air operations, but it would do little to help these victims.

The Trump administration imposed sanctions under the Global Magnitsky Human Rights Accountability Act on 17 people believed to be involved in Khashoggi’s killing. But it hasn’t imposed any sanctions on Saudis or Emiratis implicated in violations of the laws of war in Yemen, or those who failed to take steps to end abuses.

The list is short. It is topped by Mohammad bin Salman, the Saudi crown prince and defense minister and a self-styled “reformer” whose reign is reported to have included the detention and torture of women’s rights activists.

Then there is another Saudi prince, Lt. Gen. Fahd bin Turki bin Abdulaziz al-Saud, the joint force commander in Yemen, under whose command Human Rights Watch has documented at least 87 apparently unlawful coalition attacks, killing nearly 1,000 civilians, including over 200 children. And Sheikh Mohammed bin Zayed, the crown prince of Abu Dhabi and deputy supreme commander of the UAE armed forces, which have deployed alongside the Saudi air force and who control, via proxies, detention facilities in the south where Human Rights Watch has documented torture, arbitrary detention and enforced disappearances.

These men may be responsible, either directly or as a matter of command responsibility, for attacks that have killed and wounded Yemeni civilians and destroyed civilian property. The coalition bombing of a school bus on Aug. 9, 2018, that killed at least 26 children and wounded 19 more is just one example.

They also have shown they are uninterested in holding their forces accountable. With U.S. assistance, the coalition created a Joint Incidents Assessment Team to investigate alleged laws of war violations. But the unit has acted as a shield against accountability. The coalition has continued its unlawful attacks, failed to adequately investigate incidents, failed to prosecute those responsible, and few if any victims of unlawful coalition airstrikes have received compensation or redress.

What can Congress do? At a minimum, the United States should impose travel bans and asset freezes on those responsible for war crimes in Yemen. If the administration won’t do that, Congress should pass legislation requiring it. Sanctions should not be limited to the coalition. Houthi forces also have committed unlawful attacks, including serious detention abuses, and any legislation should apply to all parties.

Members of Congress have decried the abuses in Yemen. They need to show all parties that the United States no longer will tolerate atrocities in Yemen. Why now? Because Yemen can’t wait.