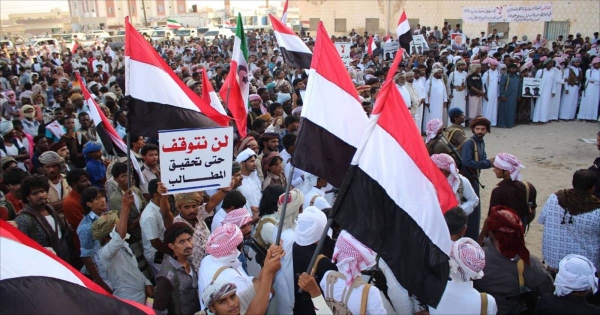 The General Council appealed to the leaders of the two governorates of Al-Mahra and Sotarri, Yemenis, to lead the Saudi-UAE coalition to release Mohammed Abdullah Bin Keda, the current Minister of State in the Yemeni government and former governor of Al-Mahra, who is detained in Riyadh, and enable him to return to his home.

The Council said in a statement that such steps can not be accepted by the people of the province, and that it has implications that negatively affect the security and stability in the province.

The President of the General Council of the Sons of the Mohara and Socotra Abdullah bin Issa Al Afar appealed to President Abed Rabbo Mansour Hadi and the leadership of the coalition, lifting the restrictions on Minister Ben Keda and enable him to return to his home in the province of Mahrah.

A Yemeni source told the island earlier that the Saudi authorities prevent Mohammed Abdullah bin Keda from leaving its territory, adding that the minister had contacts with leaders of the Yemeni government complained of preventing him from leaving Riyadh.

According to the source, Ben Keda has been in Saudi Arabia for more than three months after being summoned from the Yemeni presidency. He was deposed from his post as governor of Mhara and was appointed minister of state in November 2017, after opposing Saudi Arabia's presence in the province east of Yemen.

For months, the skilled has been protesting against the Saudi military presence in the province. Citizens and tribesmen have repeatedly responded to attempts by Saudi forces to develop military posts and checkpoints in areas of the province.