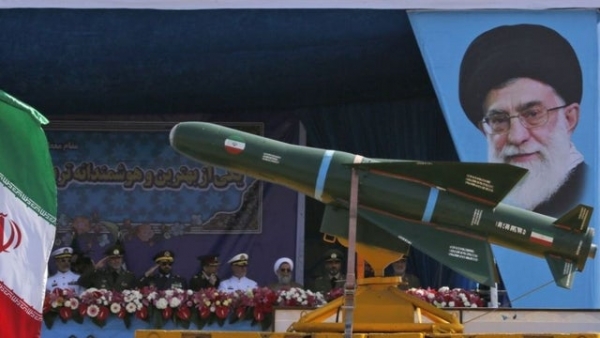 The Trump administration's targeted killing of Quds Force commander Qassem Soleimani triggered a direct response last night as Iran launched more than a dozen ballistic missiles against U.S. military and coalition forces in Iraq. These missiles targeted at least two Iraqi military bases hosting U.S. military and coalition personnel at Al-Assad and Irbil. The region is hoping for de-escalation but fearful of an Iranian or American miscalculation that will deepen the conflict.

Yemen is ripe to be one of the key battlegrounds. The five-year-old Yemen war has long threatened to engulf the broader Middle East by deepening the fault line between Iran and its proxies, on the one hand, and the U.S. and its allies, on the other. The regionalization of this conflict could plunge millions of Yemen’s most vulnerable into humanitarian despair, disrupt global oil production, threaten commercial trade through both the Persian Gulf and the Red Sea, provide more running room for ISIS and Al-Qaeda, and undermine Saudi Arabian stability.

The Iranian-backed Houthi militia in Yemen ousted the internationally recognized government in 2014 and has since controlled its capital, Sanaa, and northwestern Yemen. As a result, Saudi Arabia intervened militarily in Yemen in March 2015. The Saudi kingdom has viewed its fight against the Houthis through the lens of its battle against Iranian influence in the region. Not surprisingly, the Houthis have expanded their arsenal and deepened their military capabilities since 2014 with substantial assistance from their Iranian sponsors. Today, the Houthis control substantial portions of Yemen’s population and economy.

Iran’s Quds Force, formerly led by Gen. Soleimani, helped the Houthi militia develop wide-ranging military capabilities which have been used against strategic Saudi targets. The United Nations confirmed evidence of this support and has specifically accused Tehran of providing long-range missiles and drones to the rebels.

With this assistance, the Houthis have taken their war to Saudi Arabia and its partners, at times in response to disproportionate Saudi strikes and civilian casualties. For instance, Houthi ballistic missiles have reached as far as Riyadh, Saudi Arabia’s capital. Houthi militias have also targeted various military and civilian infrastructure in Saudi Arabia, including oil tankers on the Red Sea, oil facilities in Riyadh and military bases in Khamis Mushayt. The rebels also have ratcheted up their attacks on Saudi critical infrastructure by targeting the Abha and Jizan airports.

A new year and a new war

Last week, the Houthi leadership vowed to “stand by the Iranian people” as part of  the “Axis of Resistance” led by Iran. They have called for massive demonstrations in major Yemeni cities under their control.

While the Houthis are not Iranian agents, they have been explicitly open with their support of both Tehran and Hezbollah. This past August, the Houthi-controlled government in Sanaa appointed its first ambassador, not surprisingly, to Tehran. In exchange for continued arms, oil and support, the Houthis may openly side with Iran in a direct military confrontation with the U.S. and its regional allies. In such a scenario, the Houthis and their Iranian sponsors will likely target three core U.S. and allied interests.

The Houthis will not shy away from targeting this waterway in the event of a severe escalation. In fact, they already did. In January 2016 they threatened to close this maritime choke-point during a military standoff with the Saudis. Since 2015, 40 Houthi naval attacks have been documented in the Bab Al-Mandeb Strait and the Red Sea. Houthi capabilities in the Red Sea, combined with Iran’s reach in the Strait of Hormuz in the Persian Gulf, could potentially inflict massive instability to the global oil supply.

Second, the Houthis can increase the tempo of ballistic missile and drone attacks while expanding its target list in the Gulf. Last year, the Houthis claimed responsibility for a missile attack that resulted in the temporary closure of Saudi Arabia’s biggest oil processing facility in Abqaiq. With the help of Iran, the Houthis have re-engineered old Scud missiles, developed drones and deployed other long-range missiles that have the capability of reaching strategic targets, including Aramco oil plants and U.S. military installations.

Third, the Houthis can increase insurgent raids into Saudi Arabia by exploiting the open terrain of Saudi Arabia’s border with Yemen. Iran will likely take advantage of these Houthi tactics, given that the Saudis have faced challenges to maintain full control over their southern flank. Ultimately, and despite decreased tensions on the borders lately, Iran is keenly interested in diverting Saudi resources to fighting Yemen along the rugged border region.

Foreign powers have exploited Yemen for centuries. In an Iranian-American confrontation, Yemen again will be a proxy battleground. By leveraging the Houthis, Iran can embroil its archrival Saudi Arabia in a Vietnam-like quagmire, as the Saudi kingdom spends disproportionate blood and treasure to pacify its southern border. But Iran can also directly attack American interests from Yemen, by threatening oil production facilities, commercial shipping routes and even military targets.

The Iranians also have two political opportunities. First, they can instigate a spike in global oil prices during Trump’s re-election bid, hurting the president at his core by eroding the strength of the American economy. Second, if the Iranians can successfully threaten Saudi Arabia from the south, then they likely can draw the Trump administration to support the Saudi kingdom more substantively. A deeper U.S.-Saudi defense partnership will prompt a bipartisan congressional backlash and undercut President Trump’s long-standing promise to reduce American engagement in the Middle East.

Ironically, Iran's Supreme Leader Ayatollah Khamenei’s strategic play is to inflict economic costs on the American economy and entangle President Trump in an unpopular war during the heat of the 2020 election. In this confrontation and chaos, the real tragedy is that millions of Yemeni people will remain trapped in the worst humanitarian crisis on earth.