English
Urgent release to the Yemeni Journalists Syndicate, press unions and defenders to the right of freedom of expression
- Sunday, 29 November, 2020 - 09:46 PM 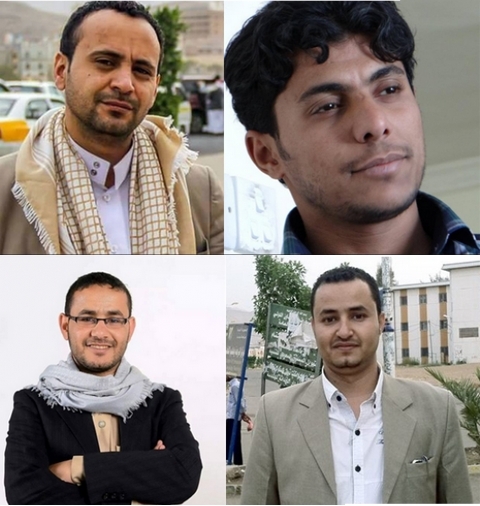 We would like to update you on the deteriorated health condition of the journalist, Tawfeeq Al-Mansouri, who has been in detention in Sana’a by the Houthis since 2015.

Al-Mansouri has been suffering from asthma, shortness of breath, heart rheumatism, diabetes, prostate, and recently the appearance of kidney failure symptoms.

Yet, the Houthis militants in the Central Security Prison in Sana’a denied him access to medical care and banned him from visitation.

As a result, his health deteriorated more, and his life has become at greater risk.

Al-Mansouri was forcibly disappeared several times for various periods where he was vulnerable to various forms of brutal psychological and physical torture.

We held the Houthis and all security services of Sana’a accountable to his life and his health and demand his immediate release.

We call on the press professionals and defenders to the right of the freedom of expression and human rights to help at saving Al-Mansouri’s life.

We call on the government of Yemen and the United Nations (UN) Special Envoy to Yemen, Martin Griffiths to assume their responsibility to save Al-Mansouri and his other fellow detained journalists: Abdulkhaleq Amran, Hareth Humaid and Akram Al-Waleedi.