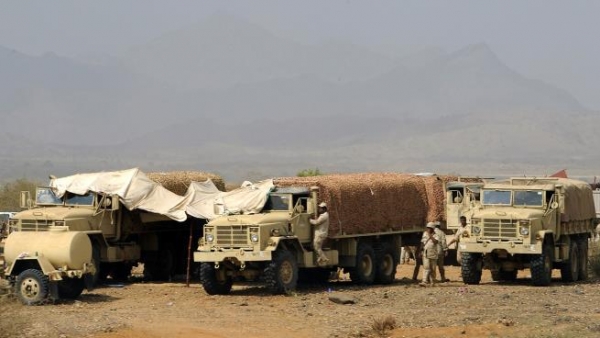 According to the circular issued by the director of the Education Office in the governorate, Samir Mabkhout Harash, it was approved to name 8 schools funded by what is known as the "Saudi Reconstruction Program" with the names of Saudi cities.

The schools that have been agreed to be named are explained in the schedule listed in the decision document issued by the Education Office in Al-Mahra, where the schools were named: Dammam School, Riyadh, Ad Diriyah, Abha, Tabuk, Madinah, Taif, and Makkah.

And according to press investigations, what is known as the Saudi Reconstruction Program has not implemented any real project since its arrival in Al-Mahra Governorate.

According to an investigation done by the journalist Amer Al-Dumaini, every project implemented by the program in the governorate was met by a military expansion on the ground, through the creation of checkpoints or camps.

"The monitoring process shows that the alleged relief projects are focused on activities carried out by the Saudi forces in providing aid such as water and blankets or opening roads and repairing the electricity network in some places, according to what is published by the program’s account, and all of those activities that were also carried out by the King Salman Center are marginal compared to community cooperation in facing these problems."

Saudi forces have controlled Al-Mahra governorate since 2017, as they came to the governorate under the pretext of implementing humanitarian projects, according to a statement by the Saudi ambassador Al Jaber to IRIN, where he said that they are about to start reconstruction from the liberated governorates to the areas affected by the war. After inquiries about the reasons for starting the project in Al-Mahra governorate, which was not affected by war damage.

The Saudi forces are stationed at Al-Mahra airport and other strategic places in the governorate, which are met with repeated popular demands from all segments of the governorate to raise their unjustified presence.