English
Al-Huraizi: British forces are training soldiers in Al-Mahra to spy and target the state and the tribesmen
- almawqeapost Saturday, 06 March, 2021 - 02:50 PM 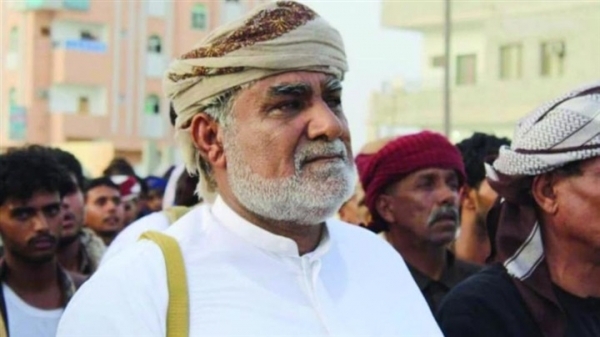 Al-Huraizi added, in a statements to Al-Mahra TV, that the Kingdom of Saudi Arabia is working to establish itself in Al-Mahra through US-British support.

Sheikh Al-Huraizi demanded the departure of all foreign forces from Al-Mahra, indicating that the Prime Minister and state officials legitimized Saudi Arabia's ambitions in the province.

He added:"Terrorism is nothing but a Saudi peg to justify its presence in Al-Mahra, and we do not know what is happening at Al-Ghaydah airport, which is controlled by Riyadh and where US-British forces are present."

Al-Huraizi emphasized that the people of Al-Mahra will resume their peaceful struggle until the departure of foreign forces from the province, saying:"We will reveal to the world the truth about what is happening in terms of the occupation of Al-Mahra."

Since the end of 2017, Saudi Arabia has pushed its forces, military and security vehicles to Al-Mahra governorate, as part of what it called strengthening security, controlling and combating smuggling operations, according to the Arabian coalition.

As a result, a movement was formed calling itself the Peaceful Protest Committee of the Al-Mahra People, which organizes from time to time demonstrations against the presence of Saudi forces in the governorate, describing it as an occupation.

The Yemenis accuse Saudi Arabia of having an agenda of private and hidden interests in Yemen, while Riyadh says that its goal is to support the legitimate authority, end the Houthi coup, and restore the Yemeni state.

Al-Mahra has the longest coastline in Yemen with 560 km overlooking the Arabian Sea, and Al-Ghaydah International Airport as well as two land ports with Oman which are "Sarfit" and "Shehn", in addition to the Nishtun sea port.