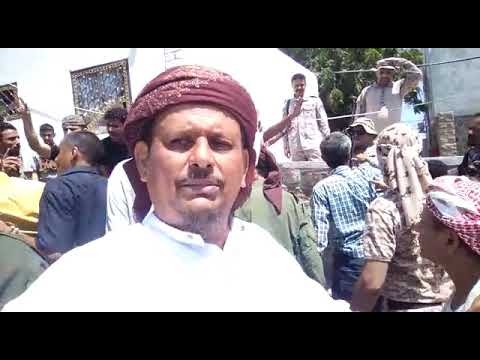 The militias of the Southern Transitional Council kidnapped the leader in the southern resistance, Muhammad Fadl Sheikh, nicknamed Abu Osama Al-Saeedy on Wednesday, May 26, 2021.

Sources close to Al-Saadi and his family told Al-Mawqea Post that a group of masked gunmen aboard two military vehicles kidnapped Abu Osama in Kabota area in Al-Mansoura district, after they stopped his car and forced him to board one of the two vehicles by force of arms.

The sources, who refused to reveal their identity for fear of being harmed by the militia, said that Al-Saeedy was kidnapped while returning to his home in Al-Shaab City and taken to an unknown location, and it was impossible to contact him through his mobile phone.

In Aden armed entities that do not follow the internationally recognized Yemeni government spread all over the city, and owe allegiance to the STC and the UAE, and are accused by international and local organizations of kidnapping and enforced disappearance, targeting opponents, and running secret prisons.

Al-Saeedy's kidnapping came after he called in a tweet on his Twitter account, the people of Aden to gather in Al-Mansoura Square to demand salaries, electricity reform, and water provision.

A few days ago, Al-Saeedy threatened - in a statement to a local TV channel - the Saudi and Emirati forces present in Aden to cut off water and electricity to their camps, expel them from the city, and close the headquarters in which they are stationed, in case they refused to respond to the demands of the people of the province to provide services and continue to control the public scene of the city.

Aden is experiencing a state of popular turmoil denouncing the deterioration of basic services as well as several districts in the city are witnessing protests from time to time during the recent period against the deterioration of services. The Saudi and UAE residents are accused of supporting the armed militia that controls the city and follows the STC, which is considered a faction calling for the separation of southern Yemen from its north, with the support of the United Arab Emirates and Saudi Arabia, who have been leading a war in Yemen since 2015.

The city is governed by a governor affiliated with the STC funded by the United Arab Emirates in accordance with the Riyadh agreement between the legitimate government and the Southern Transition Council signed at the end of the year 2019, and the security scene in it is controlled by militias funded by the Emirates and implements the agenda of the STC and Abu Dhabi.

Al-Saeedy leader hails from Abyan governate - which is the birthplace of the Yemeni president residing in Riyadh, Abd Rabbo Mansour Hadi - but has lived in Aden for decades, and is a well-known social figure among the population and he is one of the leaders of the popular resistance that confronted the Houthis during their invasion of Aden in 2015. He also led groups of the people of the city to defend and liberate it from the Houthi militia, which was then allied with the forces of former President Ali Abdullah Saleh.

Al-Saeedy gained his fame as one of the local leaders who took charge of the plundering of lands in Aden, after the STC militia took control of the city and expelled the official forces loyal to the legitimate government, specifically the lands belonging to the University of Aden, after the escalation of looting and control of government lands.

Al-Saeedy headed a committee made up of social figures and the families of the kidnapped in Aden to demand the release of prisoners and abductees in the prisons of the Southern Transitional Council militia and the United Arab Emirates, and he succeeded in releasing many of them from prisons, especially those who participated in the liberation of the city from the Houthis, and who were later imprisoned by the STC militia.

Al-Saadi appeared last month in Aden, amidst crowds of protesters who tried to storm the presidential palace that the legitimate Yemeni government had as its headquarters, and he boldly criticized Saudi Arabia and the UAE and held them responsible for the deterioration of living conditions, insecurity, and the spread of the militia.

Al-Saeedy was subjected to marginalization, pursuit and harassment later by the UAE and the STC militia, his car was taken from him, and he was placed under supervision, and subjected to smear campaigns by the STC media after his appearance criticizing Saudi Arabia and the UAE policy in Aden and accusing the two countries of causing deterioration of living conditions and services as well as supporting the militia in the city.

Because of those roles that Al-Saeedy played, he has become popularly classified as a black box in Aden, because of his accurate knowledge of the conspirators against the city, and those involved in the assassinations that affected several personalities during the last period, as well as the personalities involved in financial and administrative corruption, in addition to his good knowledge of the approach followed by the UAE and Saudi Arabia. From the first moment they arrived in the city of Aden, under the pretext of restoring legitimacy and supporting reconstruction.

The kidnapping of Al-Saeedy by the STC militia in Aden came two weeks after a campaign of kidnappings of political and social leaders over the past period, most notably Madram Abu Siraj, a leader in the Revolutionary Movement Council and others.

The Council of Free Resistance in Aden, headed by Al-Saeedy, condemned the kidnapping of Al-Saadi by the STC militia, describing the kidnapping as a dangerous precedent, which has nothing to do with the state or political entities.

The council, which is still under establishment and consists of senior leaders of the resistance, held the security and local authorities in Aden, full responsibility, expressing its rejection and disapproval of the kidnapping, which they said is carried out only by gangs, according to the statement.

In its statement, the council called on the security and local authorities in Aden to reveal the fate of Al-Saadi, calling on the international community and its humanitarian organizations to pay attention to what is happening in Aden in terms of violations, aggression and disregard for rights and freedoms, and the violation of all international charters, morals and humanitarian values. 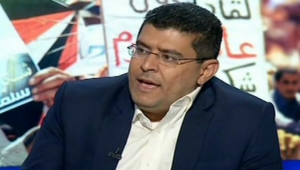 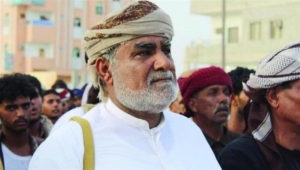 Saturday, 06 March, 2021
Al-Huraizi: British forces are training soldiers in Al-Mahra to spy and target the state and the tribesmen 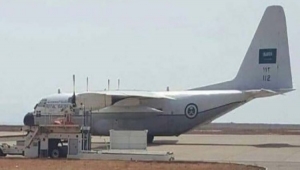 Monday, 22 March, 2021
Saudi forces closes Socotra's airport and lay off workers after a riot by the STC militia
Latest News