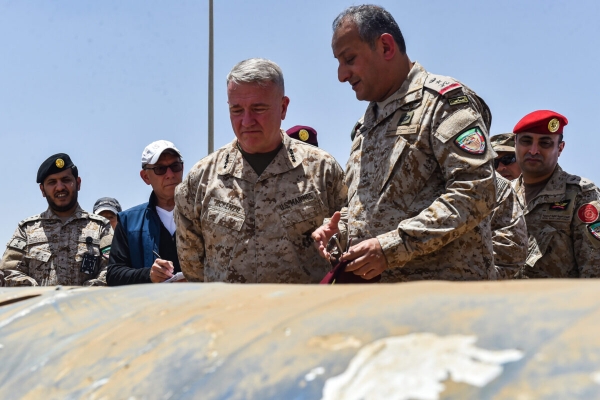 Saudi Arabia's former commander in charge of the coalition war in Yemen has been sentenced to death following a military trial, according to a report yesterday by the Washington DC-based Institute for Gulf Affairs. The report cited one of his relatives, who spoke on condition of anonymity.

Fahd Bin Turki Bin Abdulaziz, a senior Saudi prince, and nephew of King Salman was apparently sentenced to death for treason after being accused of attempting a coup to oust the king and his son, Crown Prince Mohammed Bin Salman. The source is said to have revealed text messages he received from a former senior official in Riyadh, confirming the charges and the death sentence.

In September last year, it was reported that Bin Turki was sacked from his position along with his son, Prince Abdulaziz Bin Fahd, who was a deputy governor of Al-Jawf region. Both were arrested during an investigation into corruption. At the time, a prominent Saudi whistle-blower, known online as Mujtahidd, claimed that the arrests were in fact a prelude to a coup against MBS.

The Institute also said that it had obtained "dozens of Saudi secret documents detailing the transfer of over 100 housing plots in Riyadh to the four children of Fahd Bin Turki."

The leaked documents from the Saudi Ministry of Justice indicate that nearly one square kilometre of land was given to the four children of Bin Turki in 2014 during the reign of their grandfather, the late King Abdullah.

The source in the report also added that the late king's daughter, Abeer, has been in exile in Scotland since before the arrest of her husband Fahd Bin Turki and son last year. The death sentence is an attempt to recapture the money, the source claimed. Princess Abeer, it is said, controls billions of dollars in various holdings around the world.