English
The mysterious fate of the journalist Yahya Al-Sawari and his brother after being abducted in Al-Mahra...
- Exclusive Tuesday, 23 July, 2019 - 07:37 PM 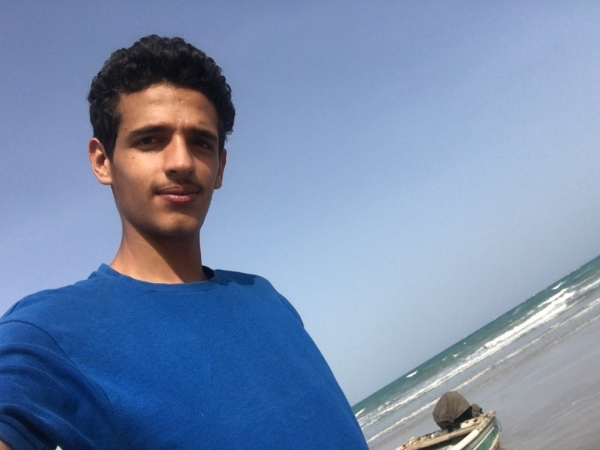 On the evening of July 18, 2019, armed men belonging to the governor Rajah Bakrit abducted Bader Al-Sawari, 22 years, and took him to the Criminal Investigation Prison which is, according to the Yemeni law, a prison for people who committed crimes.

The abduction of Badr Al-Sawari was after 15 days from his elder brother's abduction Yahya, by the same armed group, when he was trying to meet wounded people injured in a security incident at Al-Ghaydah governmental hospital.

Eyewitnesses told "Almawqea Post" that an armed group belonging to the (unofficial) military police who cover their faces stormed the room in which Badr lived and took him away. They confiscated his mobile phone and personal computer on which he was working. They tied his hands and took him on a car to the criminal investigation prison in Al-Ghaydah.

Eyewitnesses reported that the armed group had disposed of cameras' records in the hotel lobbies, so that it can not be used against them as an evidence.

The journalist Yahya Al-Sawari, the elder brother of Badr, was abducted on July 3 during his press coverage. He was placed in a prison which belong to the Saudi forces in the Al-Ghaydah airport where these forces are based. He was taken to the central prison in Al-Ghaydah and transferred to an unknown destination.

Badr worked as an assistant in the television filming of his brother Yahya in Al-Mahra. He covered many popular events organized by the protesters against the Saudi forces in Al-Mahra and settled there for more than eight months.

Saudi forces in Al-Mahra and Rajah Bakrit - the governor of Al-Mahra - have sensitivity and fears about the nature of the press role played by the two brothers. They consider this as a crime that would expose their roles in Al-Mahra far from the ongoing war between the Saudi-led Arab alliance and the Houthi group.

When his brother Yahya was abducted, Badr was with him but he was not abducted at that time. Badr took advantage of his stay in Al-Mahra as the sole representative of his family - which is living in the capital Sanaa (more than 1,000 km away from Al-Mahra) - to make contacts with governmental agencies which detianed his brother and also to make protest vigils demanding the release of Yahya and the disclosure of his fate.

On the second day of Badr's arrest, he was transferred to an unknown destination. His brother Yahya was also transferred from the central prison - which he was returned to from the prison of the Saudi forces at Al-Ghaydah airport - to an unknown destination and since that day, which was 19 July, the news of the two brothers disappeared. Local sources told the reporter of "Almawqea Post" that they were transferred to the airport again where the forces of Saudi Arabia are based, while other security sources say that they were transferred to a special prison inside the presidential palace, where the governor of Al-Mahra, Rajeh Bakrit lives.

According to tribal sources in Al-Mahra, Yahya Al-Sawari was interrogated during his detention about the nature of his work, and his hands were tied for more than twelve days continuously.

As a result of the imprisonment, the two brothers may be in danger and one of them might be used as extortion to the another, and their families in Sana'a can not reach them or appoint a lawyer to follow up their case, their fate and the charges against them.

Local and international human rights organizations condemned the abduction of Yahya Al-Sawari. The Committee to Protect Journalists in New York asked to disclose his fate and his immediate release.

Yahya Al-Sawari,who is a Yemeni journalist, worked as a reporter for Bilqis channel. He was recently a researcher at Sanaa Center for Studies. He prepared a search for the situation in the province of Al-Mahra (east of Yemen) and prepared a series of reports about Socotra and Al-Mahra.

"Almawqea Post" posted earlier the details of the abduction of "Al-Sawari" in Al-Mahra. 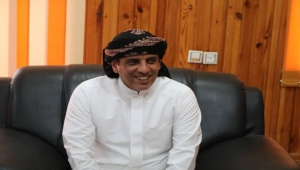 Monday, 01 April, 2019
Rageh Bakrit: Two Years of Enabling Saudi Arabia in Mahra and the Creation of a Different Kind of Governorate 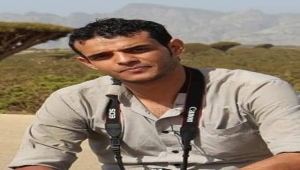 Wednsday, 10 July, 2019
Armed militia arrests the journalist Yahya Al-Sawari in Al-Mahra and hand him over to Saudi forces 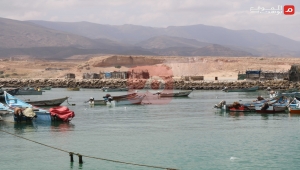 Friday, 12 April, 2019
Nishtun: From Yemeni Commercial Port to Military Barracks for Saudi Arabia (A Field Investigation from Inside the Port
Latest News